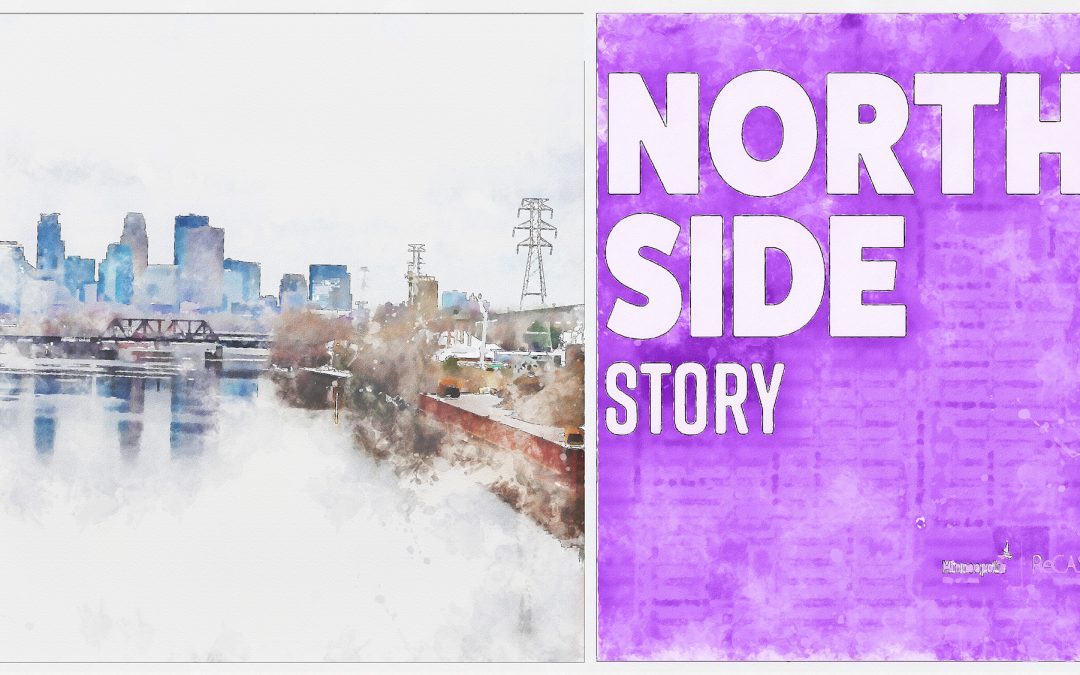 Interview of Yonica Jameson
Interviewer: 00:06 Okay. All right. So the first question we’ll ask you is your name, your first and last, and how do you spell it.

Interviewer: 00:18 All right and then on this map, can you reference where you live or where you work?
Yonci J.: 00:23 Well right now I live kitty corner to North Community High School, Irving and 16th and I work actually next door to here at the THOR Building with the Northside Residents Redevelopment Council. But I was raised on Thomas and Farwell area, so not too far from here as well.

Interviewer: 00:44 Okay, so thinking back to when you first had came to this area, what changes have you seen positive and negative?
Yonci J.: 00:51 Positive, I’ve seen the development of businesses along West Broadway, specifically in terms of restaurants and eating and gathering space, so just off top – Breaking Bread, Avenue Eatery, the establishment of Wendy’s House of Soul inside K’s Deli or whatever, just seeing those businesses pop up has been really exciting because now there’s destinations in my neighborhood. And just seeing the Capri develop in terms of performances that it offers and stuff like that. I would also say, I remember when I was a kid, the park by my house when I grew up, it was raggedy for a little bit and then they came and redid the whole park and it’s been like that ever since. So it’s cool because I played in it when it was raggedy, I also played at it when it was nice and new and all the kids get to enjoy that. So just general infrastructural development, I feel like.

Yonci J.: 01:59 But negative, it depends what you define negative as because some people wouldn’t define gentrification as negative or people moving into the neighborhood as negative, because it’s like, “Oh, they see this neighborhood as desirable,” but I think it becomes negative when people get pushed out, people aren’t able to afford to live here anymore and the kind of vibe of the neighborhood is changing because the people who are moving in aren’t trying to preserve the neighborhood rather they’re just trying to kind of making it something that it’s not or make their own community within an already established community if that makes sense.

Yonci J.: 02:36 So, just it’s troubling and it’s hard to kind of come together in terms of housing and stuff like that because there’s a lot of just issues surrounding that, especially after the tornado when a lot of houses got messed up and people weren’t able to make the repairs, then those houses get flipped and sold to just whoever. I think just housing development has been a issue and still even though we’ve had great infrastructural retail and restaurants and stuff like that, just more Northside based entities, I think lack of that has been an issue.

Yonci J.: 03:15 But I didn’t name all of the things that I wanted to name about the positive development, but there’s a lot obviously. But, yeah, I would just say that housing and stuff like that has definitely switched over.

Interviewer: 03:26 All right. Why do you think these changes are happening?
Yonci J.: 03:30 I think it’s natural, just the way of the world, but I also think that as everything becomes more expensive, the people who are low income, they suffer unless we’re prepared to help them thrive. I think it’s happening because there’s not necessarily…I think there’s investment in the Northside, but I don’t think that it’s necessarily the right investment or it’s being invested into the people themselves. There’s investment from outside developers that don’t have the community’s interest at heart, so I think that’s probably why there’s a lot of housing insecurity and gentrification and turnover and stuff like that.