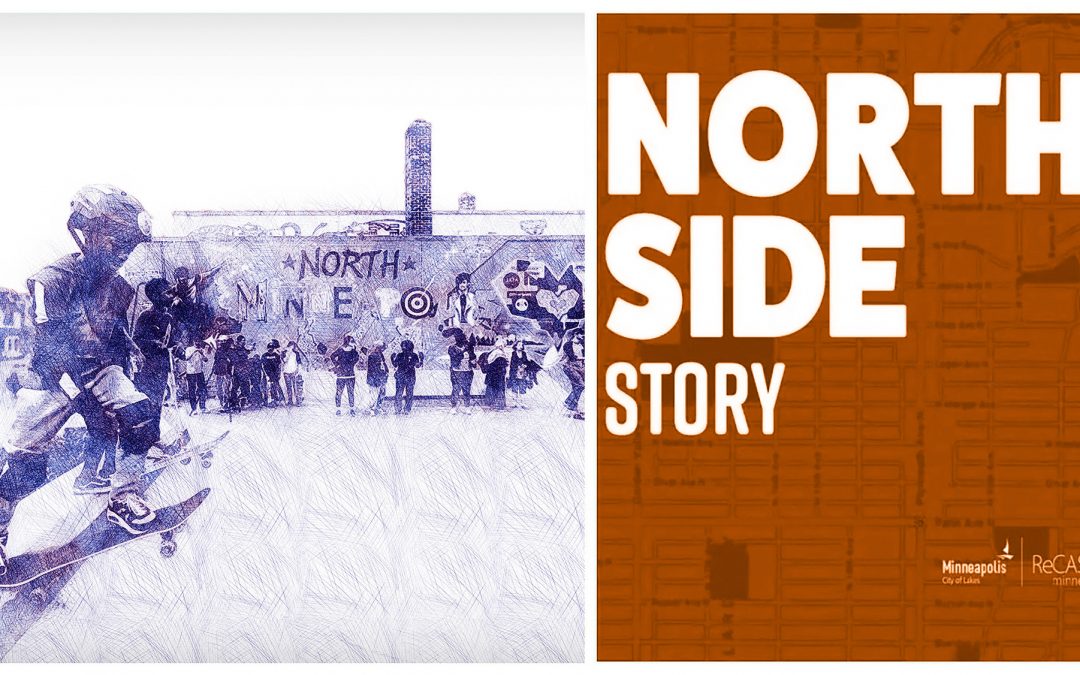 Interviewer: 01:30 Where did you move from?
Gretta Maxwell: 01:32 Chicago. Chicago. When I first came here, it was so nice, I just wanted to visit but my sister stayed up here. It was quiet, compared to Chicago it was so quite. Nice. Everybody was in at ten. And all that until I got up here. Like totally good, but it’s nice, I like it.

Interviewer: 01:51 Okay so thinking back from when you first to this area to today, what changes have you seen, positive or negative?
Gretta Maxwell: 01:58 Oh there’s a lot of things changes. The neighborhood changed. I guess the kids got older, so the neighborhood changed. Everything changed, it’s like the buildings, we got a lot more abandoned buildings than we had when we first got here. It’s a lot more things that happen now. I think the kids were younger then so it wasn’t a lot of, it wasn’t as much killin and shootin as it is now. I think they’re doing more shooting now, they killing each other now more than they was when we first got here. So it’s been over ten years, there been a big change in ten years.

Interviewer: 02:57 Yeah, so I’m just gonna read off the paper. All right. So we’re gathering these stories to increase understanding between the city of Minneapolis and North Minneapolis, the community here, on the impact of historic, discriminatory government policies in areas of housing, transportation, economic development, and examples like that and the war on drugs and things like that. So the question is, what impact have these policies affected you or others in the community.
Gretta Maxwell: 03:39 It’s probably the drugs and the housing. The housing, I don’t think when, it ain’t up to standard for a lot of people and then the ones that is, they’re probably going to tear down anyways. There’s not enough housing, then they ain’t got enough schools, and then there’s a lot of drug selling. On the north side there’s a lot. It’s mostly, I think it’s the housing, they ain’t gotta look like, the housing, it’s not enough that they can afford. There should probably be more low-income housing for the people in the neighborhood or something.

Interviewer: 04:12 If you don’t mind me asking, have you personally had any experiences in the housing area?
Gretta Maxwell: 04:19 Where I’m in, I been there for a minute so I ain’t really had that problem but it have been when I couldn’t find, it have been a place where you can’t find no where to go. Ain’t no where to go and if there is somewhere to go you can’t afford it and the ones that probably could afford it, their credit score or something not high enough. I have struggled before I moved out of where I was, I struggled, had no where to go. I lost my job. Folk here is no work. Times get hard we just got to work through it.

Interviewer: 04:50 Mm-hmm (affirmative) Yeah. So what changes in this community raise your level of stress or concern you about the future in North Minneapolis.
Gretta Maxwell: 04:57 The guns in the neighborhood. I think it’s the guns. If they can do more, I don’t know how or what they can do, but if we get rid of a lot of the people with the guns, get the guns out the neighborhood, that’s probably sellin the drugs, get the drugs, well all the drugs, I know you can’t do that but I know it might be different. They got to stick together and get the neighborhood, more a place like this, community things to get together so people can stick together and do things. A lot of people gotta get involved, once they get involved and see what’s going on, it might be a change but a lot people ain’t really involved in a lot of stuff.

Interviewer: 05:45 Yeah, what can they do to help the community here?
Gretta Maxwell: 05:50 Get more programs, get more activity for the kids, somewhere for them to go or something to do. You gotta have something for them kids to do. The YMCA and stuff is good but a lot of kids parents probably can’t afford it so they don’t send their kids there so their kids just be out runnin around. You gotta get something for the kids so they can go and play computer games and video games, they don’t have to be outside. You gotta find something the kids gonna get them involved in something. A lot of more free activity for the kids. Then open up places where people can drop off their kids is this kind of activity one for the kids without the drugs and all this and everything it might change, it might be a change, I don’t know.

Interviewer: 06:30 Yeah. What gives you hope about this community?
Gretta Maxwell: 06:31 What gives me hope? I’ve been here for a minute. I’ve been in this community so I’m used to it and I like it, I like the North side. I like being on the North side, but I don’t know, I guess the whole just being here, I don’t know what gives me hope for being on the North side. I just like being, I been here all the time. I’ve been here and then my kids, I’ve raised my kids and I don’t have no trouble with it but my kids I know we go through problems it’s a lot of things that do happen I know my kids have problems. It’s just something they just got to work through.

Interviewer: 07:13 Yeah
Gretta Maxwell: 07:15 No, we just need to, no I ain’t got no last thoughts. I just think they should come up with more things, just something to do. They need something on the North side for the kids, there ain’t nothing on the North side for them to do. You know? Ain’t no where for them to really go or hang out and play. No gangs. More parents gotta get involved. People gotta get involved in something, do something for them. Maybe that, I don’t know.

Interviewer: 07:43 Well thank you so much for your time, thank you for coming here. And that’s it for the interview.